Digoxin belongs to a class of drugs known as cardiac glycosides. These are organic compounds derived from a plant known as foxglove and used in the treatment of heart conditions. These compounds are known to have positive inotropy meaning that they have the ability to increase the force of contraction of the heart muscle.

There are many drugs under the class of cardiac glycosides. The most common ones are

But for this article, we shall be highly interested in the most commonly used drug among the cardiac glycosides; Digoxin.

What are the Mechanisms of action of cardiac glycosides?

When looking at the mechanism of action we need to consider two modes of action by which digoxin works.

We need to look at how, how digoxin works for arrhythmias (atrial fibrillation and atrial flutter) and how it works in cases of heart failure.

How does digoxin work in arrhythmias?

In arrhythmias, digoxin exerts its action by increasing vagal tone. This means that it increases the effects that lead to reduced conduction through the atrioventricular node which is located between the upper and lower chambers of the heart. With a reduced conduction fewer impulses pass through the AV node to the ventricles eventually reducing the ventricular rate. We can say that digoxin has a knock-on effect on the ventricles.

How does digoxin work in heart failure?

For a better understanding of how digoxin works in heart failure, we shall look at the basic physiology of how the heart muscle contracts and how heart failure occurs.

We recommend that you have a look at this article on congestive heart failure.

Having understood what is heart failure, let us look at how the heart muscles work.

For the heart muscle to contract there has to be an interplay between some amount of electrolytes, sodium ions, potassium ions, and calcium ions. These ions are on either side of the cell membranes in the heart muscle cells.

The electrolytes move from either side of the cell membrane of the heart muscle to the other through the sodium-potassium pump (Na/K –ATPase). This ion transport system moves sodium ions out of the cell and brings potassium ions into the cell.

The Na+/K+-ATPase also plays an active role in the membrane potential. This pump is electrogenic because it transports 3 sodium ions out of the cell for every 2 potassium ions that enter the cell. This can add several negative millivolts to the membrane potential depending on the activity of the pump.

Calcium and sodium can move in either direction across the sarcolemma.

Three sodium ions are exchanged for each calcium ion. This causes the generation of an electrogenic potential by this exchanger. The direction of movement of these ions depends upon the membrane potential and the chemical gradient for the ions. We also know that an increase in intracellular sodium concentration competes for calcium through this sodium-calcium exchange mechanism increasing the intracellular calcium concentration.

In the heart, increased intracellular calcium causes more calcium to be released by the sarcoplasmic reticulum making more calcium ions to be available to bind to troponin-C, which increases contractility (inotropy) of the heart muscle.

Some cardiac arrhythmias occur because of malfunctioning of this sodium-potassium pump, resulting in calcium levels being too low on the inside of the cell to cause a contraction. Digoxin then interferes with the action of the sodium-potassium pump leading to an increase of sodium inside the cell.

When sodium concentration in the cardiac myocyte increases, another electrolyte mover known as sodium-calcium exchanger pushes the excess sodium ions out of the cell. This then pushes calcium into the cell increasing actin-myosin interaction and eventually causing stronger heart muscle contractions.

Na+-Ca++ exchanger is essential for maintaining sodium and calcium homeostasis.

An indirect effect of digoxin is the inhibition of neuronal Na+-K+ ATPase resulting in increased vagal activity.

The long half-life of digitalis compounds necessitates special considerations when dosing. With a half-life of 40 hours, digoxin would require several days of constant dosing to reach steady-state, therapeutic plasma levels.

Digoxin can be administered via the oral and IV routes.

Effects from oral use present within 2 hours, whereas they take effect at 30 minutes after IV use.

Due to digoxin’s large volume of distribution, loading doses are often administered

Plasma concentrations above 2.0 ng/ml can lead to digitalis toxicity, which is manifested as arrhythmias, some of which may be life-threatening.

Digoxin is cleared from the body via renal clearance, therefore, caution should be taken in its use in patients with renal impairment

Tissue protein binding (large Vd) and can be displaced by other drugs (verapamil, quinidine).

Due to a very narrow therapeutic margin of digoxin, meaning the difference between therapeutic and toxic doses is small, its use may be complicated by digoxin toxicity.

In toxic doses, there may be life-threatening cardiac arrhythmias.

If toxicity occurs with digoxin, it may take several days for the plasma concentrations to fall to safe levels because of the long half-life. There is an antibody available for digoxin toxicity known as an immune Fab antibody (Digibind) that can be used to rapidly reduce plasma digoxin levels.

Potassium electrolyte supplementation can also reverse the toxic effects of digoxin if the toxicity is related to hypokalemia.

Read about the relationship between potassium and digoxin here

Supportive therapy with antiarrhythmics class IB can also be used.

A number of commonly used drugs interact with cardiac glycosides.

Quinidine which is a class 1A antiarrhythmic drug, Propafenone, calcium channel blockers and NSAIDs competes with digoxin for binding sites and depresses renal clearance of digoxin. This increases digoxin levels and can produce toxicity.

Diuretics indirectly interact with digoxin because of their ability to cause hypokalemia (low potassium levels).

Verapamil and diltiazem also increase the levels of digoxin. These alter the amount of fluids in the blood and are harsh on the kidneys.

Tolvaptan works to decrease the amount of sodium in your body. If you can realize something here. Both digoxin and tolvaptan are increasing sodium concentration. Taking both of these drugs concurrently increases the amount of digoxin in the body as well 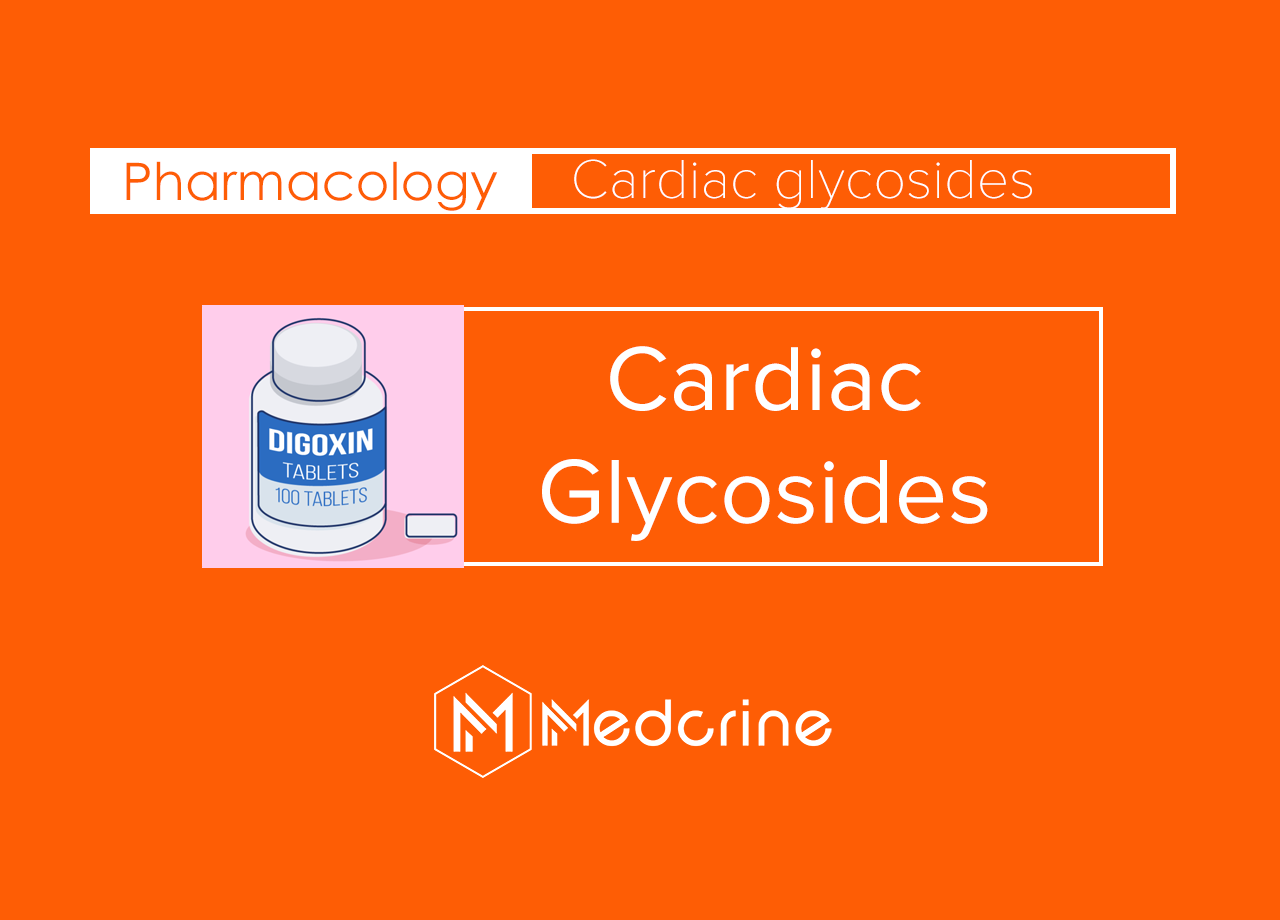