Crohn's disease is a long‐term condition that causes inflammation of the lining of the digestive system. It causes tissue destruction and inflammation anywhere within the gastrointestinal tract but the most common site for the disease to start is the last part of the small intestine known as the ileum.

The small intestine has three sections:

The small intestine is where food is digested and absorbed into the bloodstream.

The structure of the gut then changes to become the large intestine (colon and rectum, sometimes called the large bowel). The colon absorbs water and contains food that has not been digested, such as fiber. This is passed into the last part of the large intestine, where it is stored as feces.

The inflammation in Crohn's disease is due to a foreign pathogen in the GI tract such as mycobacterium paratuberculosis. Listeria and pseudomonas spp as compared to ulcerative colitis where the inflammation is due to an autoimmune disorder.

Once the antigens have been presented to the body the T helper cells produce cytokines ie interferon-gamma and tumor necrosis factor attracting the inflammatory cells such as macrophages which continue with the production of inflammatory substances.

After activation by antigen presentation, unrestrained responses of type 1 helper cells predominate as a consequence of defective regulation

Microscopically the initial lesion starts as a focal inflammatory filtrate around the crypts followed by ulceration of the superficial mucosa. Later the inflammatory cells invade the deep mucosal layers and form noncaseating granulomas.

These granulomas extend through the layers of the intestinal wall and into the mesentery and lymph nodes.

Neutrophil infiltration into the crypts forms cryptic abscess leading to the destruction of the crypt and atrophy of the colon. Transmural inflammation results in thickening of the bowel wall and narrowing of the lumen that may cause obstruction, deep ulceration or fistulization.

Signs and symptoms of Crohn's disease

The characteristic presentation of Crohn's disease is abdominal pain (RLQ) and diarrhea.

Other signs and symptoms

Vital signs –normal but tachycardia may be present in anemic patients

If the medical management is ineffective in Crohn's disease treatment then the surgical method is sought. 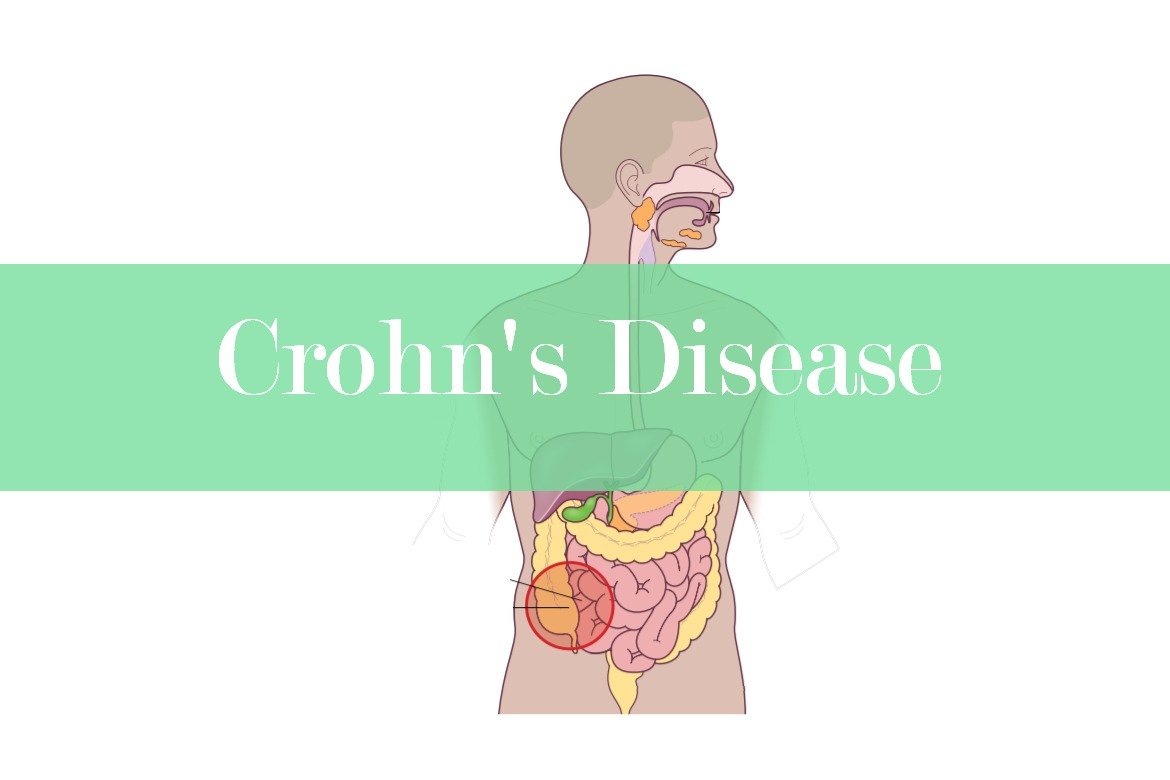