Let us have a brief overview of inotropes and vasopressors before we go into their use in hemodynamic support in cardiovascular failure.

Positive inotropes like we have already mentioned work by strengthening the heart’s contractions, so it can pump more blood with fewer heartbeats. These drugs are used in the management of congestive heart failure or cardiomyopathy and also in recent myocardial infarction.

In some cases, inotropes are given to patients with cardiogenic shock.

On the other hand, Negative inotropes weaken the heart’s contractility and slow the heart rate. These drugs are used to manage hypertension, chronic heart failure, arrhythmias, and angina.

Vasopressors are drugs that constrict or narrow the lumen of blood vessels, increasing blood pressure.

In cases of cardiac failure or cardiogenic shock, the contractile function of the myocardium (muscular layer of the heart) must be supported to improve cardiac output and optimum organ perfusion.

This is support is achieved by the use of inotropic support with medications such as known as inotropes.

Inotropes used in hemodynamic support are;

At times, vasopressors, which are drugs that increase vascular tone, are also needed.

Dobutamine is a beta 1 (β1) agonist that increases myocardial contractility and heart rate. These effects may be at the expense of increased myocardial oxygen consumption, which may worsen cardiac function.

Because peripheral vasodilatation can occur due to mild β2 activity, dobutamine may not be the best inotrope in a patient who is hypotensive. In addition, it may lead to tachyarrhythmias, which do not improve cardiac output (CO).

Dopamine is another type of inotrope that has different effects at different doses and progressively stimulates dopaminergic, β1, and α1 receptors.
Because of the combined effects on these receptors, dopamine may be a good choice in patients with cardiac failure because it can be titrated to various effects over a short interval.

Epinephrine is a potent naturally secreted adrenal hormone that stimulates β receptors as well as α receptors. Epinephrine has marked effects on contractility and increased vascular tone. Thus it is a useful inotrope, as well as a vasopressor. It is known to have effects similar to dobutamine on heart rate and myocardial oxygen consumption.

Norepinephrine is a vasopressor in a class of α1 agonists with minimal β effects. Therefore, it produces potent vasoconstriction, making it a first-line agent for vasodilatory shock, such as septic shock.

Phenylephrine is a pure α1 agonist that can be effective in patients with vasodilatory shock, but there is a concern that it can decrease stroke volume by increased afterload. Patients may become tachyphylaxis, thus limiting its long-term use.

Vasopressin (Antidiuretic hormone) is a pituitary hormone that usually regulates volume status and has positive effects in refractory septic shock. Many of these patients have low levels of endogenous vasopressin, which may contribute to the hypotension.

The first-line treatment for cardiogenic shock is the optimization of volume status and the use of inotropes, though these medications risk increasing myocardial oxygen demands. 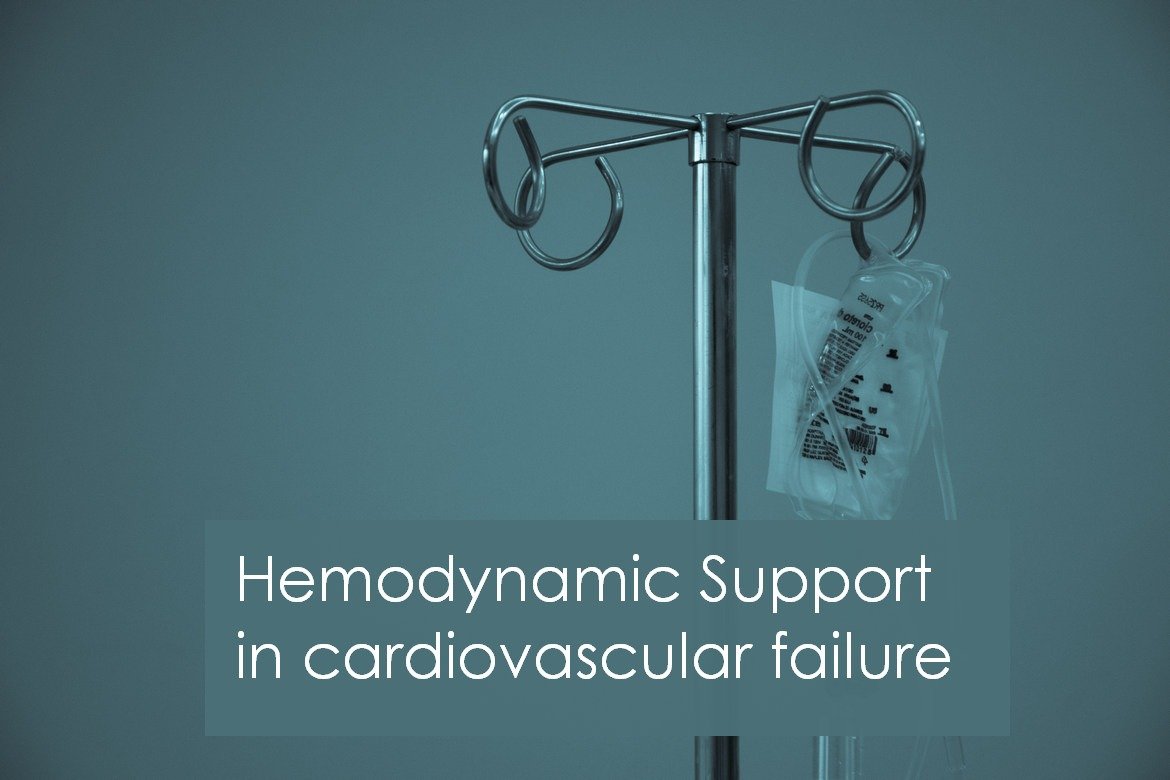