Hodgkin lymphoma is a neoplastic transformation of lymphocytes particularly in the lymph node.

Hodgkin disease or Hodgkin's lymphoma is one of two common types of cancers of the lymphatic system. ( specifically the white blood cells) The other type, non-Hodgkin's lymphoma, is far more common.

Histologically, the picture is uniquely characterized by 1-2% of neoplastic cells (Reed-Sternberg [RS] cells) in a background of a variety of reactive mixed inflammatory cells consisting of lymphocytes, plasma cells, neutrophils, eosinophils, and histiocytes.

These cells spread in an orderly, centripetal fashion to contiguous areas of lymph nodes.

The Reed-Sternberg cells represent a clonal proliferation of B-lymphocytes that derive from the germinal centers of lymph nodes.
They consistently express CD15 and CD30 antigens. CD30 is expressed in the majority of nodular sclerosis (NS) and mixed-cellularity subtypes of Hodgkin's disease.

CD15 is a marker of late granulocytes, monocytes, and activated T cells. It can be induced by viral infections along with the interleukin 2 (IL-2) receptor (CD25).

CD19 and CD20, which are B-lymphocyte antigens, are uncommon in NS HD and mixed-cellularity Hodgkin disease (MCHD).

The up-regulation of bcl2 has been shown to be of prognostic significance, which correlates with EBV expression.

Hodgkin disease is more prevalent in males than in females. This is particularly evident in children, where 85% of the cases are in males.

Age-specific incidence rates have a bimodal distribution in both sexes, peaking in young adults (aged 15-34 y) and older individuals (>55 y).

Most of these patients present with asymptomatic lymphadenopathy may be present (above the diaphragm in 80% of patients).

The hallmark of the disease is enlarged painless, rubbery, nonerythematous, nontender lymph nodes.

Constitutional symptoms that may be associated are;

Patients may present with pruritus

Alcohol-induced pain at sites of nodal disease is specific for Hodgkin's disease.

These patients will present with intermittent fever-. Infrequently, the classic Pel-Ebstein fever (high fever for 1-2 wk followed by an afebrile period of 1-2 wk is observed.
Back or bone pain occurs rarely.

Idiopathic but Ebstein Bar Virus (EBV) may be involved in the pathogenesis of this condition.

Patients with HIV infection have a higher incidence of Hodgkin disease compared to the population without HIV infection. but Hodgkin lymphoma is not an AIDS-defining neoplasm.

1. Full Blood Count for anemia, lymphopenia, neutrophilia, or eosinophilia should be performed.
This will indicate the anemia of chronic disease. However, it may be due to bone marrow involvement or the presence of an autoantibody (positive findings on a warm Coombs test).
Cytopenias are common in advanced disease.
Platelet counts can be increased or decreased.

2. Erythrocyte Sedimentation Rate may be elevated ESR and has been associated with a worse prognosis.

3. Lactate dehydrogenase (LDH) may be increased correlating with the bulk of disease.

5. Urinalysis may demonstrate proteinuria. Nephrotic syndrome may be associated with Hodgkins Lymphoma.

Chest X-Ray for mediastinal involvement should be done.

CT scans of the chest, abdomen, and pelvis.

Possible abnormal findings include enlarged lymph nodes, hepatomegaly and/or splenomegaly with or without focal parenchymal abnormalities, lung nodules or infiltrates, and pleural effusions.
A mediastinal mass, representing mediastinal lymphadenopathy may be noted.

A histological diagnosis always is required.
1-Biopsy
An excisional lymph node biopsy is recommended as the first step in the diagnosis.
With neck lymphadenopathy that may be due to a head and neck cancer, a fine-needle aspiration usually is advised as the initial diagnostic step, followed by an excisional biopsy if squamous cell histology is excluded.

3-Bilateral bone marrow biopsies
Bone marrow involvement is more common in elderly individuals, in patients with advanced-stage disease, in the presence of systemic symptoms, and in patients with histology indicating a poor prognosis

The first four sub-types are referred to as classic Hodgkin disease.

1. Nodular sclerosis Hodgkin disease - 60-80%
This shows a nodular pattern. The broad bands of fibrosis divide the node into "nodules." The capsule is thickened.

The characteristic cell is the lacunar-type RS cell.

It is more common in adolescents and young adults.
Usually involves the mediastinum and other supra-diaphragmatic sites.

2. Mixed-cellularity Hodgkin disease - 15-30%
RS cells are of the classic type (large, with bilobate, double or multiple nuclei, and a large eosinophilic inclusion like nucleolus).

It commonly affects the abdominal lymph nodes and spleen.
Patients with this histology typically have an advanced-stage disease with systemic symptoms and immunodeficiency.

It is associated with older age and HIV positivity. Patients usually present with advanced-stage disease. EBV proteins are expressed in many of these tumors.

Many cases of LDHD diagnosed in the past actually were non-Hodgkin lymphomas, often of the anaplastic large-cell type.

4. Lymphocyte-rich classic Hodgkin disease - 5%
In this type of HD, RS cells of the classic or lacunar type are observed, with a background infiltrate of lymphocytes.

It requires an immunohistochemical diagnosis. Some cases may have a nodular pattern. Clinically, the presentation and survival patterns are similar to those for MCHD.

5. Nodular lymphocyte-predominant Hodgkin disease- 5%
In contrast subtypes, the typical RS cells are rare.
Instead, a variant of RS cells, the lymphocytic and histiocytic cells (L&H), or popcorn cells (their nuclei resemble an exploded kernel of corn), are seen within a background of inflammatory cells, predominantly benign lymphocytes.

The L&H cells are positive for B-cell antigens, such as CD19 and CD20.

Has a distinct natural history characterized by a generally indolent clinical course, late relapses, and the subsequent development of aggressive non-Hodgkin lymphomas.

Patients are usually young males who present with the localized disease to the peripheral lymph nodes.
With localized disease may be treated with involved-field radiotherapy alone.
The above features, reminiscent of low-grade non-Hodgkin lymphoma, have led to the separate classification of this entity

The Ann Arbor classification (1971) is used most commonly.

Clinical staging involves the assessment of disease extent by clinical examination and imaging techniques.
When staging laparotomies are used as part of staging, the disease extent is designated pathologic staging. 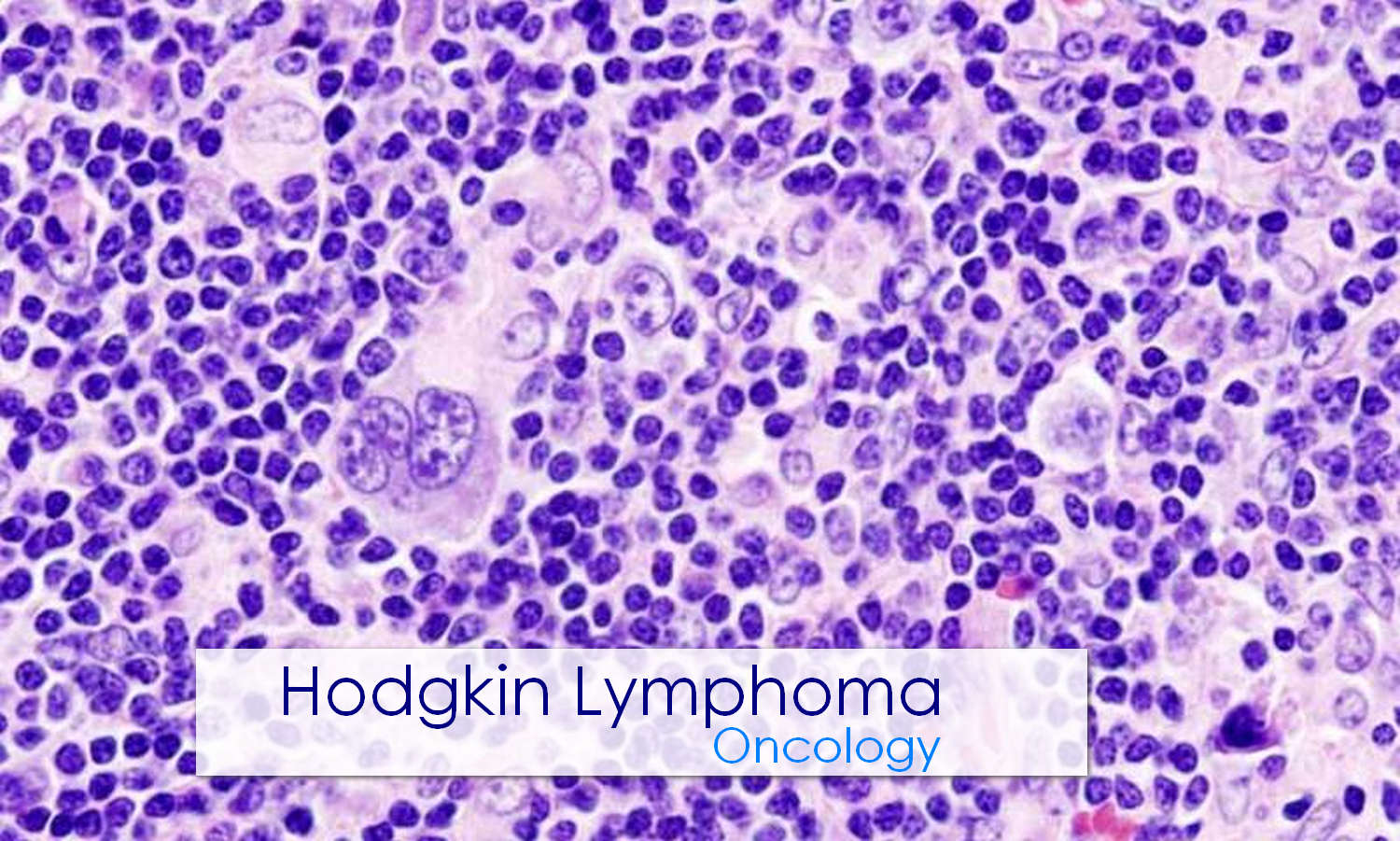