Metabolic acidosis is a decrease in serum bicarbonate concentration below the normal range of between 22-28 mEq/L. It occurs when an acid other than carbonic acid accumulates in the body.

In general, it is associated with a low urine pH but depending on the presence or absence of a respiratory alkalosis, this may also be normal or elevated. Metabolic acidosis usually occurs with compensatory reduction on carbon dioxide partial pressure (Paco2). The pH levels may be low or slightly subnormal.

For you to understand metabolic acidosis fully, its important that you have a basic understanding of the common terms that are used and the basic physiology of acid base balance.
In a normal person, blood pH is maintained at 7.35-7.45, an increase in pH indicates a decrease in hydrogen ions and vice versa.

Acidosis and alkalosis are the underlying disorders that cause acidemia and alkalemia  respectively.

What is an anion gap?

Also there are some extracellular anions that are present in lower concentrations in plasma for example, phosphate, sulfate, and some organic anions. The available cations are potassium ions (K+), Magnesium ions (Mg2+), and Calcium ions (Ca2+).

What causes and increased anion gap?

Therefore the formula for calculation anion gap is;

The anion gap is a construct that does not truly exist and represents the difference between the commonly measured anion (Na) and cations (HCO3 and Cl). Thus, the anion gap can change either due to an increase in unmeasured anions or a change in the relative amounts of chloride and bicarbonate.

The measured rather than the corrected serum sodium is used for calculations. The anion gap is comprised primarily of negative charges on serum proteins, primarily albumin.

The normal serum anion gap ranges from 8 to 12 mEq/L.

The AG typically decreases by 2.5 mEq/L for every 1 g/dl reduction in serum albumin below 4 g/dl.

Metabolic acidosis can be categorized into two classes based on the presence or absence of serum acidosis.

Metabolic acidosis can be caused by three major mechanisms:

1.    An increased acid production;
2.    Bicarbonate loss from the kidneys or gastrointestinal tract. When bicarbonate ions are lost, chloride ions are retained so as to maintain electrical neutrality.
3.    A decreased renal acid excretion

For the essence of clarity and application, the causes of metabolic acidosis are classified based on the presence or absence of an anion gap.

These patients may present with varying degree of dyspnea because their respiratory center in the brainstem is stimulated causing hyperventilation in an effort to compensate for the acidosis.

They may also complain of;

Patients, especially children, also may present with nausea and vomiting, and decreased appetite.

Some patients with metabolic acidosis present with symptoms of an underlying disorder such as;

Diarrhea that is the main mechanism causing GI losses of HCO3-

Hyperglycemia, alcoholism, or prolonged starvation that explains the cause of accumulated ketoacids.

Features of diabetic ketoacidosis such as Polyuria, increased thirst, epigastric pain and vomiting.

Features of chronic renal failure such as nocturia, polyuria, pruritus, and anorexia.

These patients may have a history of ingestion of drugs or toxins like salicylates, acetazolamide, ethylene glycol, methanol or metformin.

In patients who have a history of methanol ingestion, they may present with visual symptoms, including dimming, photophobia and scotomata.

Tinnitus, blurred vision, and vertigo in the cases of salicylate overdose

Diagnosis of metabolic acidosis is reached at by;

If there is a low bicarbonate, then the anion gap should be checked to find out if it exists or not.

The carbon dioxide partial pressure helps in determining whether there is a superimposed respiratory acidosis or alkalosis.

Once the anion gap metabolic acidosis has been established, then additional tests are ordered based on the patient's presenting features to determine the causes.

Elevated serum osmolar gap may be helpful in establishing the diagnosis alcohol toxicity because alcohol delays the metabolism of methanol and ethylene glycol,  therefore the anion gap acidosis may not be present in these patient. The definitive test to diagnose toxic ingestion is to measure the levels of the toxin in the serum.

The primary unmeasured anion is ammonium and in the setting of a metabolic acidosis of non-renal origin, there should be a marked increase in ammonium excretion which is excreted with chloride and thus leads to a negative urinary anion gap.

The causative factor is identified and treated

In some instances, a sodium bicarbonate may be infused intravenously to correct very low pH

A severe acute acidosis with a pH less than 7.1 with compromised hemodynamics is is a medical emergency that warrantees treatment with intravenous bicarbonate.

The initial goal of this infusion is to raise serum pH to 7.15, or serum bicarbonate level to 15. Typically 50% of the deficit is given as an iv bolus, the rest is given over 6-12 hours.

In diabetic ketoacidosis, since organic anions can be converted to HCO3 rapidly after administration of insulin (DKA) or glucose (AKA). Exogenous bicarbonate infusion may not be needed because of a risk of overshooting metabolic alkalosis.

For lactic acidosis, it is most important to correct the underlying disorder for example restoration of a good tissue perfusion and a treatment of underlying malignancies.

For methanol or ethylene glycol intoxication, these patients should be monitored in an intensive care unit and managed accordingly for airway, breathing and circulation.

In patients with salicylate ingestion, it is important to induce alkaline diuresis because urinary excretion of salicylate is significantly increased in alkaline urine.

For Toluene toxicity, treatment is usually supportive, ie rehydration, repletion of potassium and other electrolytes, and bicarbonate therapy in severe cases with a pH less than 7.2.

For type 1 renal tubular acidosis, an alkali therapy with NaHCO3 is indicated to correct acidosis and to maintain bone health.

In type 2 renal tubular acidosis, an alkali therapy is generally not usually indicated because of a risk of significant potassium wasting that necessitates a supplementation. 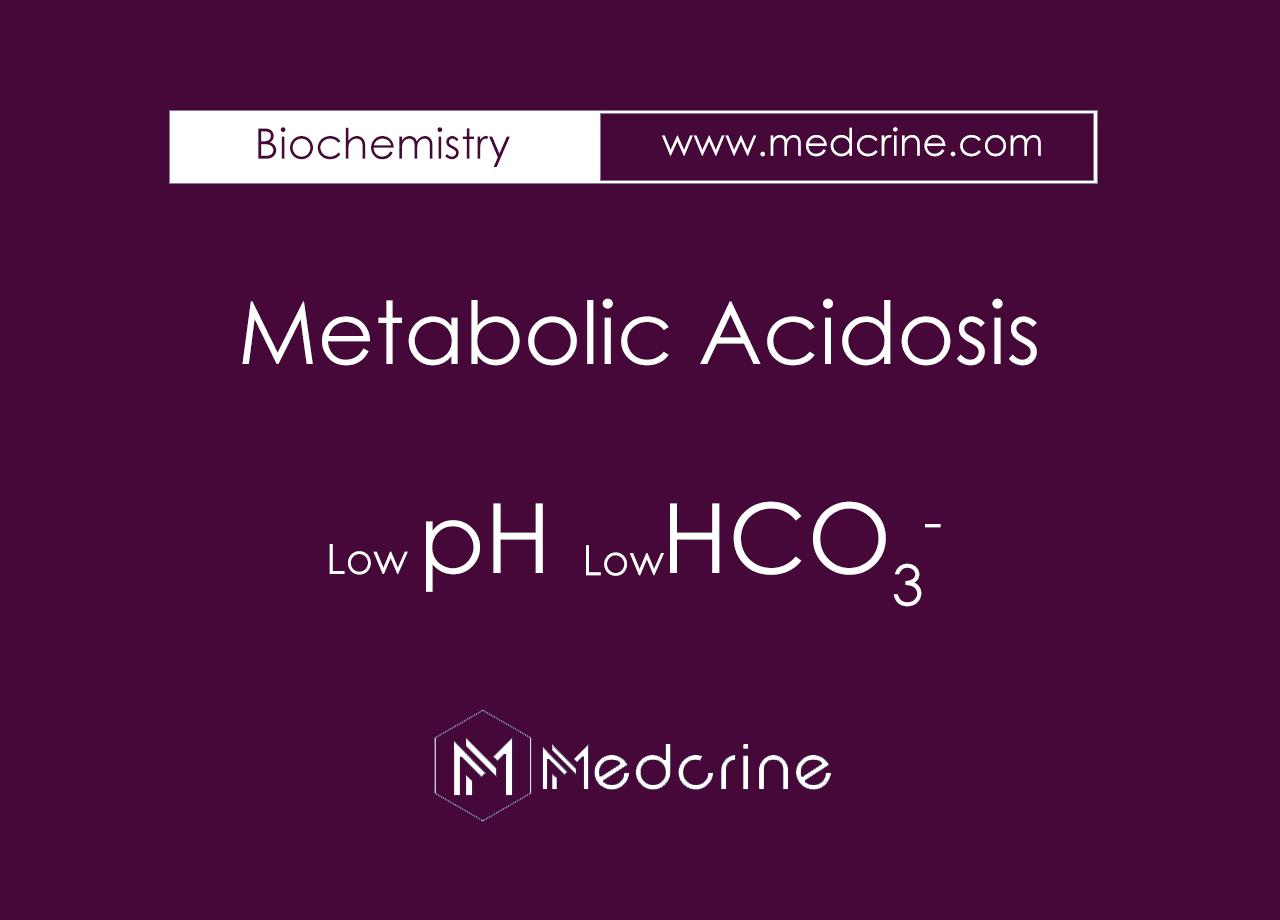