Neoplasia and Categories of Neoplasms

Literally the term ‘neoplasia’ means new growth; the new growth produced is called ‘a neoplasm’ or ‘ a tumour’.

In medicine, we define neoplasm or tumour is ‘a mass of tissue which is formed as a result of the abnormal, excessive, uncoordinated, autonomous and purposeless proliferation of cells even after cessation of stimulus for growth which caused it’.

Oncology refers to the study of neoplasia or tumours  (oncos=tumour, logos=study).

Tumour or neoplasms may be:

Benign tumours are slow-growing and localised without causing much difficulty to the host,  whereas malignant tumours (commonly known as cancer)  proliferate rapidly, spread throughout the body and may eventually cause the death of the host.

All tumours  have 2 basic components:

The tumours derive their nomenclature on the basis of the parenchymal component comprising them. The suffix ‘-oma’ is added to denote benign tumours.

Tumours can be classified into categories:

This occurs when two types of tumours are combined in the same tumour.

These tumours are made up of a mixture of various tissue types arising from totipotent cells derived from the three germ cell layers—ectoderm, mesoderm and endoderm.

Most common sites for teratomas are ovaries and testis (gonadal teratomas). But can occur in the head and neck region, mediastinum, retroperitoneum, sacrococcygeal region etc.

Blastomas or embryomas are a group of malignant tumours which arise from embryonal or partially differentiated cells which would normally form blastema of the organs and tissue during embryogenesis. These tumours occur more frequently in infants and children (under 5 years of age) and include some examples of tumours in this age group:

Hamartoma is a benign tumour which is made of mature but disorganised cells of tissues indigenous to the particular organ e.g. hamartoma of the lung consists of mature cartilage, mature smooth muscle and epithelium.

Thus, all mature differentiated tissue elements which comprise the bronchus are present in it but are jumbled up as a mass.

Choristoma is the name given to the ectopic islands of normal tissue. Thus, choristoma is heterotopia but is not a true tumour 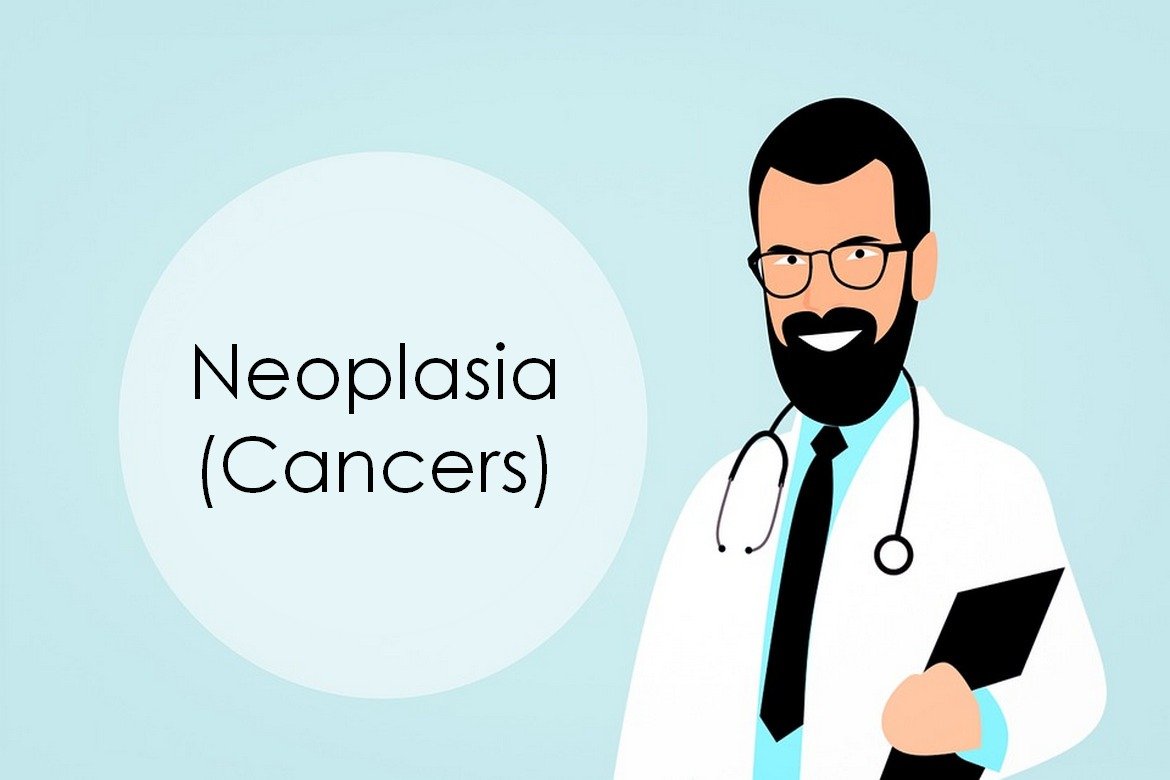