Nephrotic syndrome is a rare disease, but why is it important?

Nephrotic syndrome is not a disease in itself but is an important feature of several kidney diseases.
The main characteristics are:

The key component is proteinuria which is due to a disorder of glomerular permselectivity. All other components are secondary to the protein leakage in the urine

A normal kidney has about 1.2 million nephrons

The glomerular structure has

The glomerular has two types of barriers: Size barrier and negative charge barrier

Usually, the glomerulus only lets small molecules such as sodium and water to pass through to urine

In Nephrotic syndrome, the glomeruli are damaged and become more permeable therefore letting plasma proteins to leak into urine. This causes proteinuria typically greater than 3.5 g/day

Nephrotic syndrome can be primary, being a disease specific to the kidneys, or it can be secondary, being a renal manifestation of a systemic general illness.

Plasma protein larger than 70 nm is restricted from passing through the glomerular basement membrane by a charge – size-selective barrier.

Charge selective barrier -Polyanionic glycosaminoglycans, eg heparan sulfate in the glomerular basement membrane restrict the passage of small polyanionic plasma proteins (70-150 kd) such as albumin. There is a loss of charge selectivity in minimal change glomerulonephropathy.

In patients with FSGS, a plasma factor known as the Savin factor is produced by lymphocytes and increases glomerular basement membrane permeability.

Albumin is the main protein lost because it is the most common and is the smallest of the plasma proteins.  When there is loss of charge selectivity like neutralization of the charges in minimal change glomerulonephropathy the albumin can leak out to urine causing hypoalbuminemia or low albumin levels in blood and albuminuria

Loss of albumin causes lowering of plasma oncotic pressure as a result, the extracellular fluid starts to seep out of the intravascular compartment causing hypovolemia. Hypovolemia leads to lowered kidney perfusion stimulating the activation of the Renin-angiotensin-aldosterone system.

RAAS system then enhances distal renal tubular sodium reabsorption. And since fluid cannot be held within the vascular compartment it leaks out to the tissues leading to development of pitting edema.

In severe cases, hypoalbuminemia can cause hypovolemia with pre-renal failure

This leads to loss of small-sized proteins in the urine such as immunoglobulins like IgG and factor B causing alternate pathway of complement activation to be compromised. This leads to low immunity to infections.

Proteinuria also leads to loss of antithrombin III in the urine. Fibrinogen is a big molecule and not lost in urine therefore there are high levels of fibrinogen in serum

Higher levels of fibrinogen in serum causes hypercoagulation of blood. Thus nephrotic syndrome is a hypercoagulable status. The risk of thrombosis is increased by hyperviscosity of the blood.

Long-standing proteinuria may cause interstitial disease

Due to hypoalbuminemia resulting in low plasma oncotic pressure, hypovolemia develops that then stimulates the RAAS. More sodium is retained aggravating edema.
Therefore enhanced sodium reabsorption as feature of nephrotic kidney due to intrarenal mechanisms.

Signs and Symptoms of nephrotic syndrome

Edema in the common presentation. But may present with the following complication . Look for them !!!!!

Diagnostic studies for nephrotic syndrome may include the following:

Urea, electrolytes and creatinine levels. sodium levels are low due to dilutional plus very high levels of lipids.

Normal protein diet as per nutritional status of the patient.
High protein diet ↑ protein synthesis but ↑ albumin excretion rather than plasma albumin

Low salt diet. Use of salt during the preparation of food should be avoided in patients with edema. During remission, the child can take food with added salt

If obese due to steroids control calorie intake.

Loss of proteinuria produced by prednisolone and the subsequent diuresis usually occurs 7-14 days after initiating treatment in normal saline. There is need to manage edema before this period:

Furosemide (1-2mg/kg/day as BD dose) & spironolactone (2mg/kg/day in two divided doses) (spironolactone prevents hypokalemia. Should be started as soon as furosemide is commenced provided the patient not in renal failure.

Diuretics should not be given to a patient with hypovolemia)

No therapeutic tapping for ascites

Hypertension
short-time treatment with Nifedipine or hydralazine. To either may add atenolol

In Hypovolemia, Albumin Infusion is indicated if hypovolemia is characterized by:

Guideline for Steroid Treatment for the First Nephrotic Illness

Steroid resistance occurs when there is a failure to achieve remission despite of 4 weeks of prednisolone 2mg/kg/day.

Relapse:- urine dipstick 2+ or more on three consecutive days
OR protein 3-4+ plus edema.

Steroid dependence:- 2 consecutive relapse while on steroids or while tapering dose or within 14 days of its cessation.

It is unusual for the nephrotic syndrome to be active beyond puberty.
To test for urine protein at home or lab.
To seek medical help for proteinuria 2+ or more on 3 consecutive days
Side effects of steroids

Ensure the child has received the second dose of measles vaccine after the routine one at 9 months, can be given as monovalent or trivalent vaccine (MMR), give at 15months of age or thereafter.

Relapse on prednisolone dosage >0.5 mg/kg QOD plus one or more of the  following:

In view of the benign nature of the illness, a permanent iatrogenic sequel is a matter of considerable concern benefits should outweigh the harm.

Who should be referred to a Nephrologist? 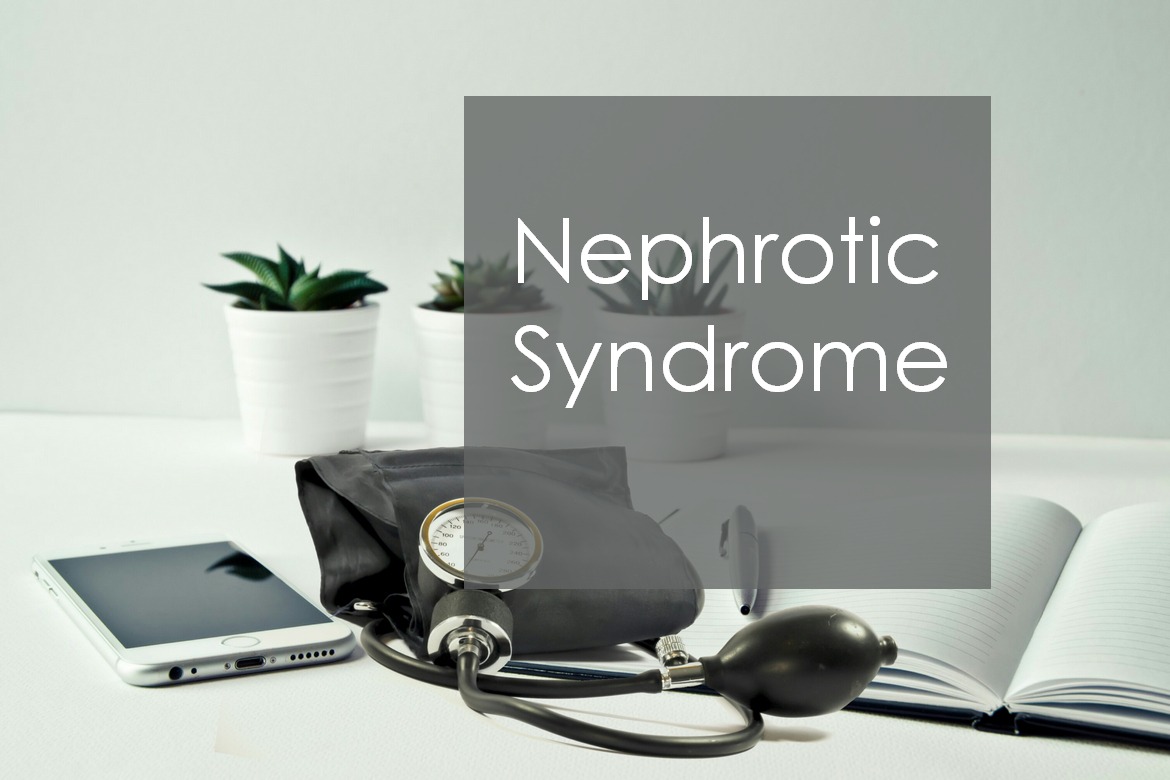