The polymerase chain reaction (PCR) is a rapid, specific and sensitive in vitro enzymatic method of amplifying specific DNA sequences. This process was conceived by Kary Mullis in 1983.

The yield from the procedure is able to provide enough copies for probe detection or identification. This technology is highly sensitive: PCR can detect and amplify as little as one DNA molecule in almost any kind of sample.

Specificity is based on the use of two oligonucleotide primers that hybridize to complementary sequences on opposite strands of DNA and flank the target sequence.

The simple concept of the PCR relies upon the repeated synthesis of the targeted DNA by DNA polymerase enzyme.

There are three steps needed to achieve this synthesis, that are carried out repeatedly and in succession at different and controlled temperatures, allowing for the doubling of the amount of DNA after each cycle.

DNA molecule contains a lot of information stacked together

A single DNA molecule is made of two strands wound around to form a double helix structure. A single strand is made up of building blocks known as nucleotides. These nucleotides are labeled using letters

A nucleotide is made up of a neucleobase, sugar known as deoxyribose and a phosphate .

The neucleobases in a nucleotide are thymine, adenine, guanine and cytosine.

These nucleotides form hydrogen bonds to connect with complementary nucleotides on another strand.

When a sample is likely to contain a low number of copies of a virus nucleic acid the probability of detection is increased by amplifying virus DNA using a polymerase chain reaction technique, while RNA can be copied to DNA and amplified using a RT (reverse transcriptase)-PCR.

An amplified product can be detected by Southern blotting, or direct sequence determination or gel electrophoresis in an agarose gel, followed by transfer to a nitrocellulose membrane, which is incubated with a labelled probe.

There are also PCR techniques available for determining the number of copies of a specific nucleic acid in a sample. Real-time PCR is commonly used for this purpose.

In Real time PCR technique, the increase in DNA concentration during the PCR is monitored using fluorescent labels; the larger the initial copy number of DNA, the sooner a significant increase in fluorescence is observed.

These three steps are:

The use of a DNA polymerase enzyme for thymus aquaticus, an extreme thermophilic bacterium, known as Taq DNA polymerase makes the execution of the polymerase chain reaction more amenable to automatic. Since this enzyme is unaffected by temperature fluctuation, there is no need for it to be added after each cycle.

One cycle of PCR produces double target sequence and flanked by primers. These extension products are simply complementary to the main DNA for analysis and can bind to primers for further cycles.

Reverse Transcriptases have the potential to copy any RNA into DNA, even in the absence of specific transfer RNA primers.  The two most commonly used reverse transcriptases are those from avian myeloblastosis virus and Moloney murine leukaemia virus.

When comparing the mRNA expression level of a certain gene using realtime polymerase chain reaction (RT-PCR), the target gene is amplified in real-time PCR and the expression level is calculated using the cycle threshold (Ct) values.

For accuracy, the RNA must be extracted from the same number of cells, and amplification of the target RNA must be conducted at the same level of efficiency.

since amplification products double in number every cycle, the difference in Ct value implies exponentiation of two, but PCR does not follow this theory. Therefore, the amplification efficiency should be compared for accurate quantification, even if the products are amplified using the same primers.

In RT-PCR the measurement of specific RNA is achieved by monitoring amplification reaction with fluorescence.

RT-PCR can be one step or two step.

The difference between the two approaches is the number of tubes used when performing the procedure.

This means that the entire reaction from the reverse transcription to form cDNA synthesis to polymerase chain reaction amplification occurs in a single tube. This minimizes experimental variation by containing all of the enzymatic reactions in a single environment.

This process is less accurate compared to the two-step approach.

In the two-step reaction, the reverse transcriptase reaction and PCR amplification are performed in two separate tubes.

Quantification of RT-PCR products can largely be divided into two categories: end-point and realtime PCR.

The measurement approaches of end-point RT-PCR requires the detection of gene expression levels by the use of fluorescent dyes such as  ethidium bromide, P32 labeling of PCR products using phosphorimager,or by scintillation counting.

Real-time RT-PCR is the method of choice for quantification of gene expression; it is also the preferred method of obtaining results from array analyses and gene expressions on a global scale.

It uses four different fluorescent DNA probes for the detection of PCR products:

All of these probes allow the detection of PCR products by generating a fluorescent signal.

For one to perform a polymerase chain reaction they require;

These viruses replicate using reverse transcription, which is the formation of DNA from an RNA template.

This large and diverse family includes members that are oncogenic, are associated with a variety of immune system disorders, and cause degenerative and neurological syndromes.  Reverse transcriptase polymerase chain reaction is important in detecting the genetic material of these viruses.

This technique is used in;

Exponential growth curve of the reverse transcribed cDNA produces inaccurate end product quantification due to the failure in maintaining linearity.

A simple slight DNA contamination can cause undesirable results. These false positive or negative results are eliminated by use of tags or anchors to the 5’ region of the gene specific primer. 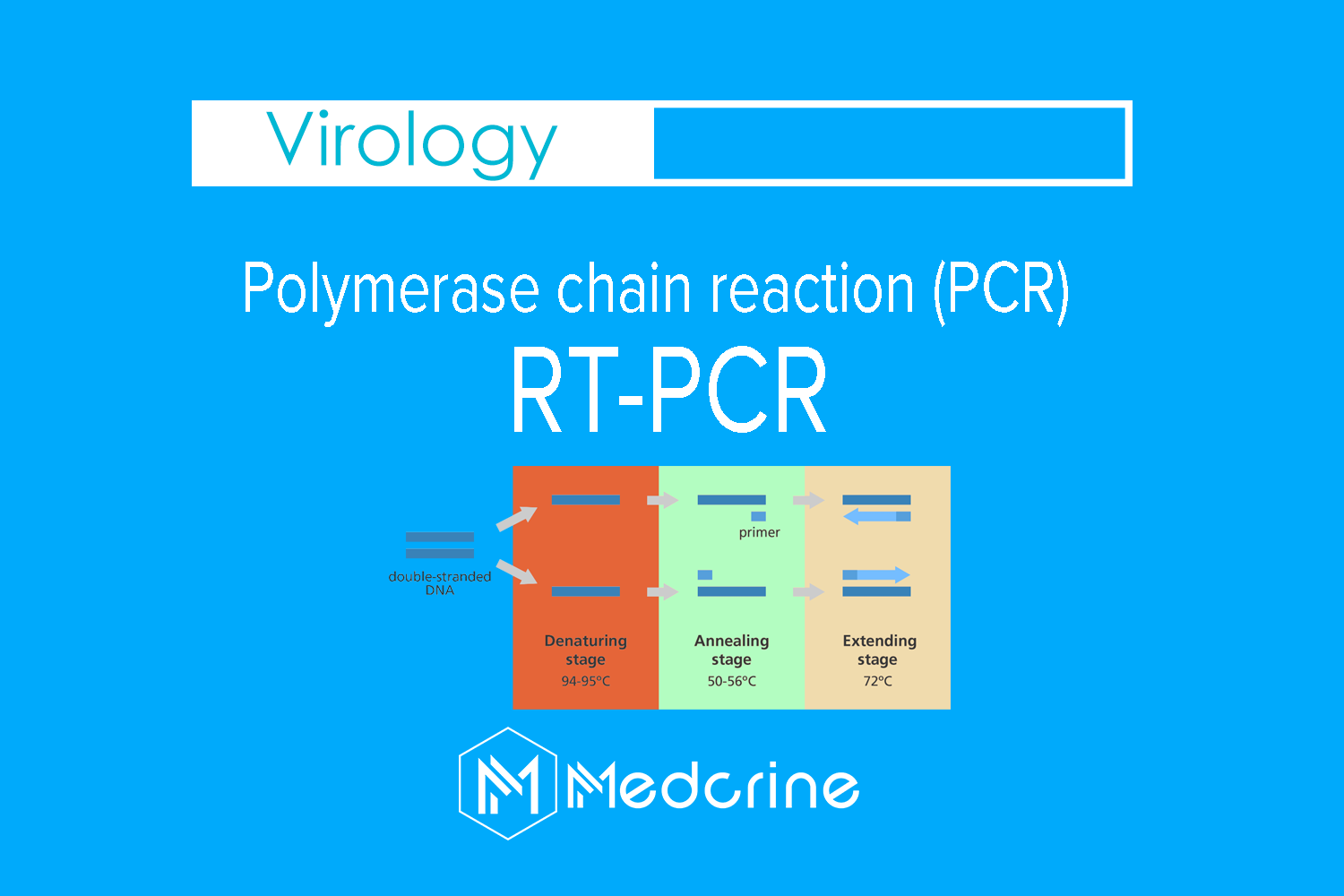