Thrombocytopenia is a condition marked by a loss of platelets usually below 150,000 cells per microlitter and is, therefore, regarded as a bleeding disorder.

Normally when you get a prick that injures your endothelium, the first responders to stop the bleeding are the platelets that quickly clog the site of injury and this process is referred to as primary hemostasis. Later the coagulation factors come in to strengthen the plug and this is known as secondary hemostasis

Thrombocytopenia can be classified as mild, moderate and severe.

The degree of platelet loss determines whether the bleeding is associated with trauma or is spontaneous.

The condition may be secondary to another condition such as a

In fact, heparin treatment is a common cause of thrombocytopenia, with an estimated 2–15% of people treated with heparin demonstrating reduced platelet levels, though the advent of the disorder begins five to 10 days after initiation of heparin treatment.

The heparin-mediated destruction of platelets is due to the formation of an immunogenic complex comprised of platelet factor 4 (PF4) and heparin sulfate and an IgG-mediated immune reaction to this complex.

Immune thrombocytopenic purpura is more common in women than men and its incidence is highest in individuals between 20 and 40 years of age.

An acute form of the disease is seen in children subsequent to viral infections, which usually lasts one to two months, but can persist for up to six months before resolving, while up to about one-quarter of aﬀected children will develop a chronic condition.

Signs and symptoms of Thrombocytopenia

Abnormal bleeding is the main manifestation of this condition.

In the early stages, people with immune thrombocytopenic purpura manifest with mucocutaneous bleeding known as petechial hemorrhages and purpura and progress to serious hemorrhages from mucosa or due to menorrhagia, bleeding gums, and hematuria.

Diagnosis is based on a history of bleeding and associated symptoms, such as weight loss, fever, and headache, as well as a complete blood count and peripheral blood smear.

The standard treatment provides symptom control and includes the use of glucocorticoids to prevent sequestration and destruction of platelets, splenectomy, immunoglobulins and vinca alkaloids.

Second-generation thrombopoietin receptor agonists are in late-stage clinical development and may provide a valuable new tool in the management of this disorder. 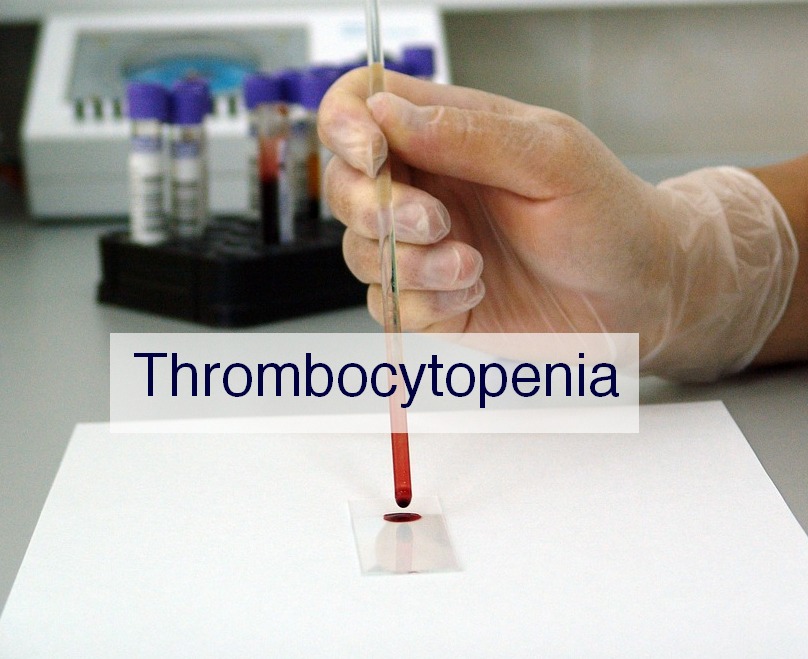