Morning hyperglycemia in diabetic individuals may be caused by the Somogyi effect, dawn phenomenon, or poor blood glucose control.

Dawn phenomenon occurs when endogenous insulin secretion decreases or when the effect of the exogenous insulin administered to the patient the day before disappears, together with a physiological increase in insulin-antagonistic hormones.

The Somogyi effect is another complication of diabetes mellitus which is rebound hyperglycemia in the morning because of the counterregulatory hormone released after an episode of hypoglycemia in the middle of the night.

The Dawn phenomenon is an early morning rise in plasma glucose secondary to a rise in counter-regulatory hormones cortisol, epinephrine, and growth hormone requiring increased amounts of insulin to maintain euglycemia or normal blood glucose levels. This phenomenon differs from the Somogyi effect in that it is not followed by hypoglycemia.

In a normal individual who is nondiabetic blood glucose, and plasma insulin levels remain steady through the night, with just a small surge in insulin secretion before dawn. This increase serves to depress hepatic glucose production.  High plasma glucose level is prevented by this physiologic increase in insulin secretion.

Due to this reason, this phenomenon does not occur in nondiabetic individuals since they are able to secrete normal amounts of insulin to prevent it.

The dawn phenomenon can be divided into two types:

Both types occur at the same time of the day i.e. between 3 a.m. and 5 a.m. but differ in the value of plasma glucose levels.

The physiological one is associated with a natural decrease of insulin secretion between 3 a.m. and 5 a.m. combined with elevation of blood glucose level remaining up to standard. This decrease in insulin secretion unblocks the secretion of insulin-antagonistic hormones with hyperglycaemic properties, particularly growth hormone.

The dawn phenomenon is a combination of an initial decrease in insulin requirements between midnight and 3 a.m., followed by an increase in the insulin needs between approximately 5 a.m. and 8 a.m.

Therefore, the dawn phenomenon can occur among both people with type 1 and type 2 diabetes mellitus with a deterioration of beta cells function and without insulin therapy.

The decrease of endogenous insulin causes a lack of sufficient repression of insulin-antagonistic hormones secretion, mainly GH, cortisol, and catecholamines and leads to hyperglycemia. Because of the impaired function of pancreas beta cells, there is also an insufficient insulin secretion in response to hyperglycemia which causes long-acting hyperglycemia, detected by patients after awakening.

Likewise, the dawn phenomenon occurs when the action of exogenous insulin administered to the patient the previous day is running out, and at the same time overlapping physiological growth of insulin-antagonistic hormones is observed.

There is also the phenomenon called ‘extended dawn phenomenon’. This is seen when the high morning glucose level remains high until mid-morning. The cause can be too many carbohydrates in the breakfast meal, or the pathologically extended stage of growth hormone secretion which is not repressed by hyperglycemia, seen more often among diabetic patients

In type 2 diabetic patients, the three different treatment regimens (glipizide, bedtime NPH insulin, intensive insulin therapy with multiple injections of regular insulin) do not affect the frequency of the occurrence of the dawn phenomenon.

There are two methods of diagnosis:

First is the measurement of plasma glucose level concentration for the following several nights between 3 a.m. and 5 a.m. The principle of this method is that it helps to distinguish between the dawn phenomenon and the Somogyi effect.

The confirmation of the dawn phenomenon is the normal or high plasma glucose level during the nocturnal plasma glucose measurement. In turn, low plasma glucose concentration at this time suggests the presence of the Somogyi effect.

The second method is the checking of plasma glucose levels by a Continuous Glucose Monitoring System. This is a small device, which throughout the whole day detects the glucose concentration in the intercellular compartment through a small sensor implanted subcutaneously.

Optimal insulin therapy is an important intervention in type 1 diabetes, but also in type 2 diabetes.

The dawn phenomenon may be prevented by;

In some cases, individual diet modification and/or oral antidiabetic agent therapy may be enough to reduce fasting hyperglycemia.

Although an increase in the bedtime doses of hypoglycaemic agents with night-time peaks of action may correct early morning hyperglycemia, it is sometimes associated with undesirable nocturnal hypoglycemia

The phenomenon is an indication of using glargine in standard anti-diabetic therapy. Successful insulinisation appears to minimize the effects of the dawn phenomenon.

what is the extended dawn phenomenon?

The extended dawn phenomenon is seen when the high morning glucose level remains high until mid-morning. The cause can be too many carbohydrates in the breakfast meal, or the pathologically extended stage of growth hormone secretion which is not repressed by hyperglycemia, seen more often among diabetic patients 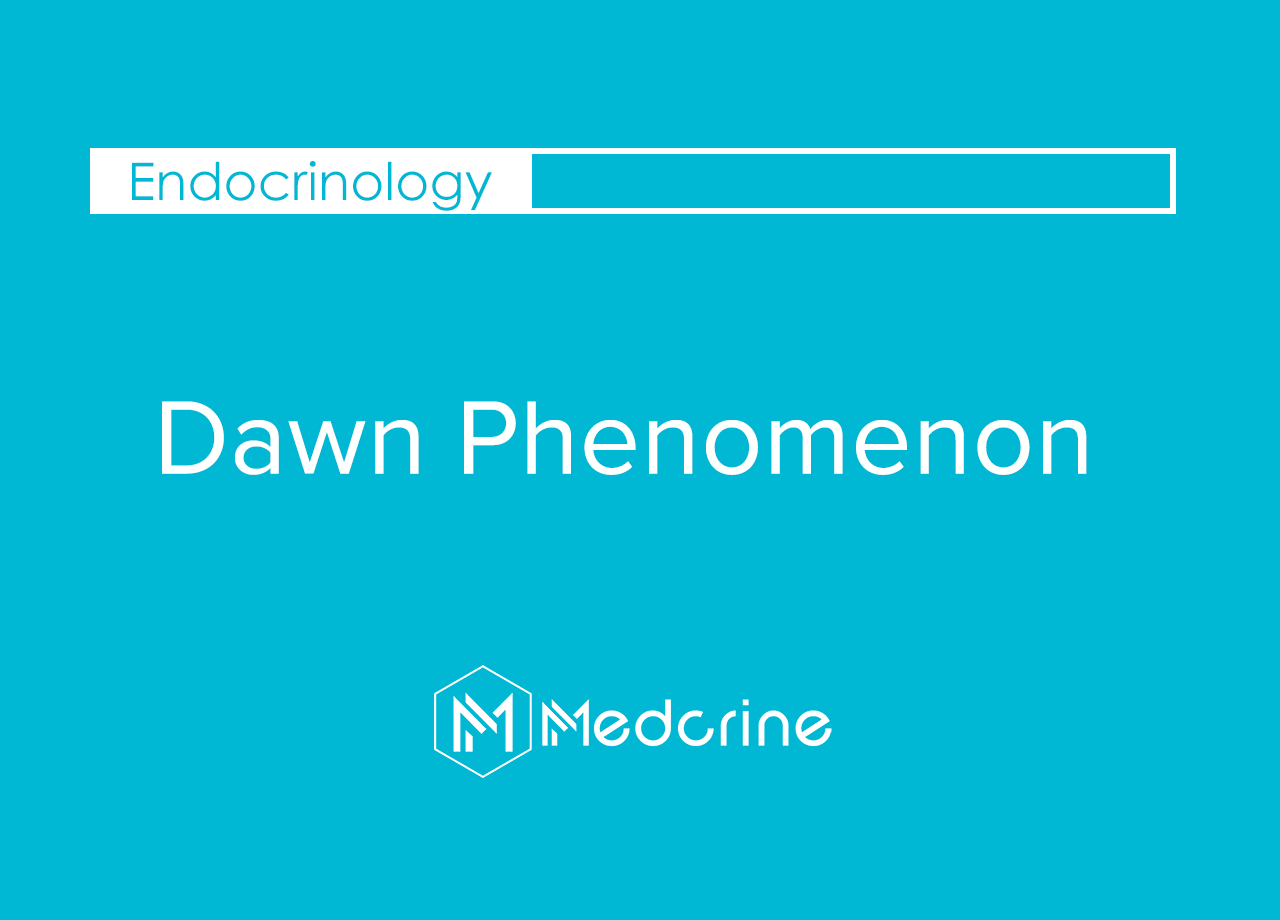