Mechanism of Clotting Disorder in AstraZeneca COVID Vaccine use

The European Medicines Agency (EMA) continues to reassure the public about the safety of the AstraZeneca COVID-19 vaccine, although several countries have imposed new restrictions on the product, owing to its link to a rare clotting disorder.

Use of the vaccine has been suspended for individuals younger than 55 or 60 years in several European countries and in Canada after reports of a prothrombotic disorder and thrombocytopenia, mainly in younger individuals.

Now, more information on the prothrombotic disorder has become available. The vaccine appears to be linked to a condition that clinically resembles heparin-induced thrombocytopenia (HIT) and that occurs mainly in younger women.

Researchers have described clinical and laboratory details of nine patients from Germany and Austria who developed this condition 4 to 16 days after receiving the AstraZeneca vaccine in a preprint article published March 28 on Research Square.

They found that serum from four patients who were tested showed platelet-activating antibodies directed against platelet factor 4 (PF4), similar to what is seen in HIT.

They are proposing naming the condition "vaccine-induced prothrombotic immune thrombocytopenia (VIPIT)" to avoid confusion with HIT.

At a press conference March 31, the EMA said its ongoing review of the situation "has not identified any specific risk factors, such as age, gender or a previous medical history of clotting disorders, for these very rare events. A causal link with the vaccine is not proven but is possible, and further analysis is continuing."

A statement from the agency notes: "EMA is of the view that the benefits of the AstraZeneca vaccine in preventing COVID-19, with its associated risk of hospitalization and death, outweigh the risks of side effects."

But it adds: "Vaccinated people should be aware of the remote possibility of these very rare types of blood clots occurring. If they have symptoms suggestive of clotting problems as described in the product information, they should seek immediate medical attention and inform healthcare professionals of their recent vaccination."

In the Research Square preprint article, a group led by Andreas Greinacher, MD, professor of transfusion medicine at the Greifswald University Clinic, Greifswald, Germany, report on clinical and laboratory features of nine patients (eight of whom were women) in Germany and Austria who developed thrombosis and thrombocytopenia after they received the AstraZeneca vaccine.

The researchers explain that they investigated whether these patients could have a prothrombotic disorder caused by platelet-activating antibodies directed against PF4, which is known to be caused by heparin and sometimes environmental triggers. 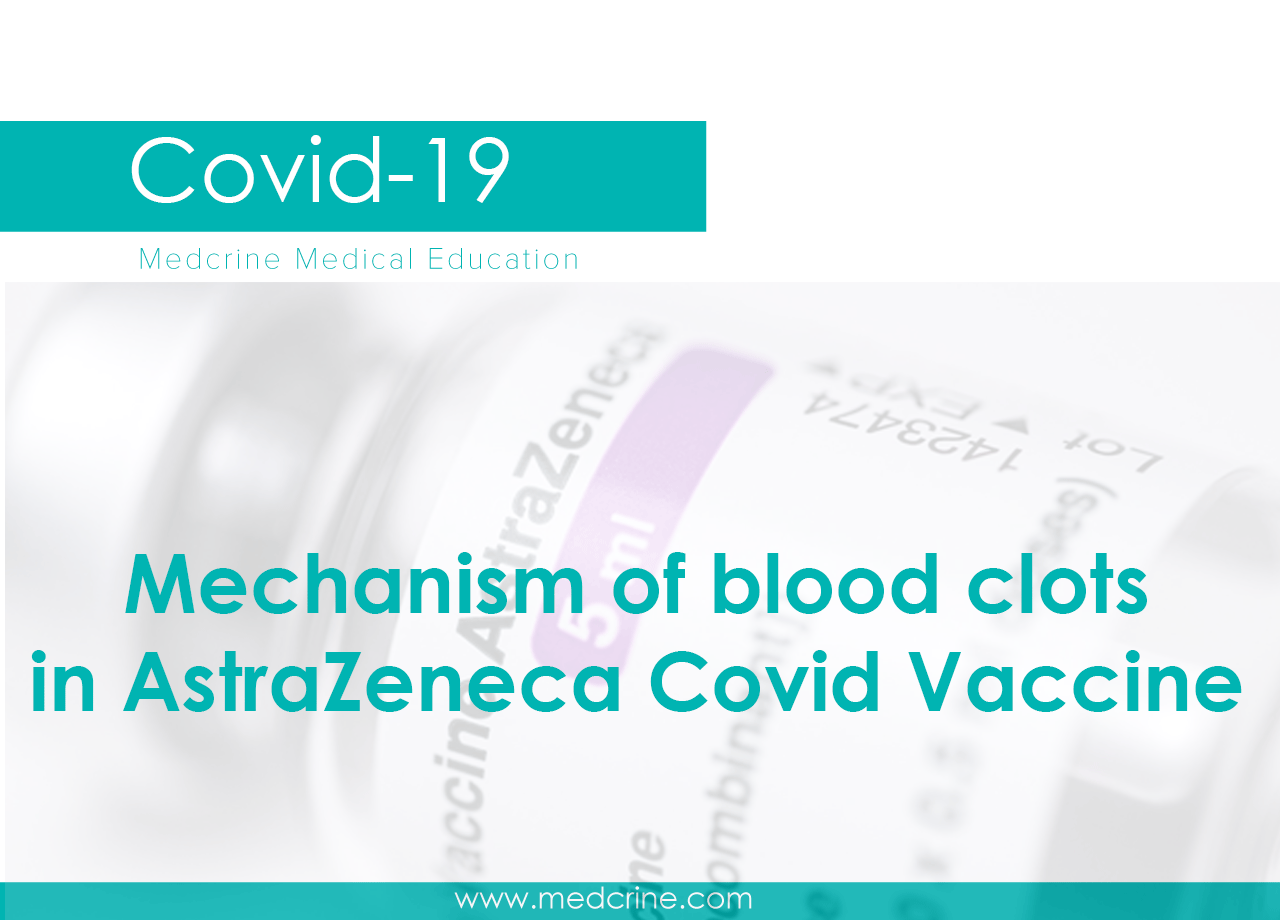