Ifosfamide is closely related to cyclophosphamide but has a somewhat different spectrum of activity and toxicity.

As a class, the alkylating agents exert their cytotoxic effects via the transfer of their alkyl groups to various cellular constituents. Alkylations of DNA within the nucleus probably represent the major interactions that lead to cell death. However, these drugs react chemically with sulfhydryl, amino, hydroxyl, carboxyl, and phosphate groups of other cellular nucleophiles as well.

The general mechanism of action of these drugs involves intramolecular cyclization to form an ethyleneimonium ion that may directly or through the formation of a carbonium ion transfer an alkyl group to a cellular constituent. In addition to alkylation, a secondary mechanism that occurs with nitrosoureas involves carbamoylation of lysine residues of proteins through the formation of isocyanates.

Alkylating agents have direct vesicant effects and can damage tissues at the site of injection as well as produce systemic toxicity. Toxicities are generally dose-related and occur particularly in rapidly growing tissues such as bone marrow, the gastrointestinal tract, and the reproductive system.

After intravenous injection, nausea and vomiting usually occur within 30–60 minutes with mechlorethamine, cyclophosphamide, or carmustine. The emetogenic effects are mediated by the central nervous system and can be reduced by pretreatment with 5-HT3 (serotonin) receptor antagonists such as ondansetron or granisetron.

Oral administration of alkylating agents has been of great clinical value. Cyclophosphamide, melphalan, chlorambucil, busulfan, and, more recently, temozolomide are those most commonly given via the oral route, and their cytotoxic effects are similar to those observed with parenteral administration.

In general, if a tumor is resistant to one alkylating agent, it will be relatively resistant to other agents of this class (though not necessarily to nitrosoureas); however, there are exceptions to this rule depending on the specific tumor.

Cyclophosphamide is the most widely used alkylating agent. The oral drug busulfan has a major degree of specificity for the granulocyte series and is therefore of particular value in the treatment of chronic myelogenous leukemia.

With all oral alkylating agents, some degree of leukopenia is necessary to provide evidence that the drug has been absorbed adequately. Frequent monitoring of blood counts is essential during the administration of these agents as the development of severe leukopenia or thrombocytopenia necessitates immediate interruption of therapy.

These drugs appear to be non-cross-resistant with other alkylating agents; all require biotransformation, which occurs by nonenzymatic decomposition, to metabolites with both alkylating and carbamoylating activities.

Although the majority of alkylations by the nitrosoureas are on the N7 position of guanine in DNA, the critical alkylation responsible for cytotoxicity is on the O6 of guanine, which leads to G-C crosslinks in DNA.

After oral administration of lomustine, peak plasma levels of metabolites appear within 1–4 hours; central nervous system concentrations reach 30–40% of the activity present in the plasma. While the initial plasma half-life is approximately 6 hours, a second half-life is 1–2 days.

Urinary excretion appears to be the major route of elimination from the body.

One naturally occurring sugar-containing nitrosourea, streptozocin, is interesting because it has minimal bone marrow toxicity. This agent has activity in the treatment of insulin-secreting islet cell carcinoma of the pancreas.

A variety of other compounds have mechanisms of action that involve alkylation. These include procarbazine, dacarbazine, altretamine (hexamethylmelamine), cisplatin, and carboplatin.

The oral agent procarbazine is a methylhydrazine derivative, and it is commonly used in combination regimens for Hodgkin's disease, non-Hodgkin's lymphoma, and brain tumors. This drug has leukemogenic, teratogenic, and mutagenic properties.

The precise mechanism of action of procarbazine is uncertain; however, the drug inhibits DNA, RNA, and protein biosynthesis; prolongs interphase; and produces chromosome breaks.

There is an increased risk of secondary cancers in the form of acute leukemia, and the carcinogenic potential of procarbazine is thought to be higher than that of most other alkylating agents.

Dacarbazine is a synthetic compound that functions as an alkylating agent following metabolic activation by liver microsomal enzymes by oxidative N-demethylation to the monomethyl derivative. This metabolite spontaneously decomposes to 5-aminoimidazole-4-carboxamide, which is excreted in the urine, and diazomethane. The diazomethane generates a methyl carbonium ion that is believed to be the cytotoxic species.

Dacarbazine is administered parenterally and is not schedule-dependent. It produces marked nausea, vomiting, and myelosuppression. Its major applications are in melanoma, Hodgkin's disease, and soft tissue sarcomas.

Altretamine (Hexamethylmelamine) is structurally similar to triethylenemelamine. It is relatively insoluble and available only in oral form. It is rapidly biotransformed in the liver by demethylation to the pentamethylmelamine and tetramethylmelamine metabolites.

This agent is approved for use in ovarian cancer patients who have progressed despite treatment with a regimen based on platinum or an alkylating agent (or both).
The main dose-limiting toxicities include nausea, vomiting, and myelosuppression. Neurotoxicity in the form of somnolence, mood changes, and peripheral neuropathy is also observed. 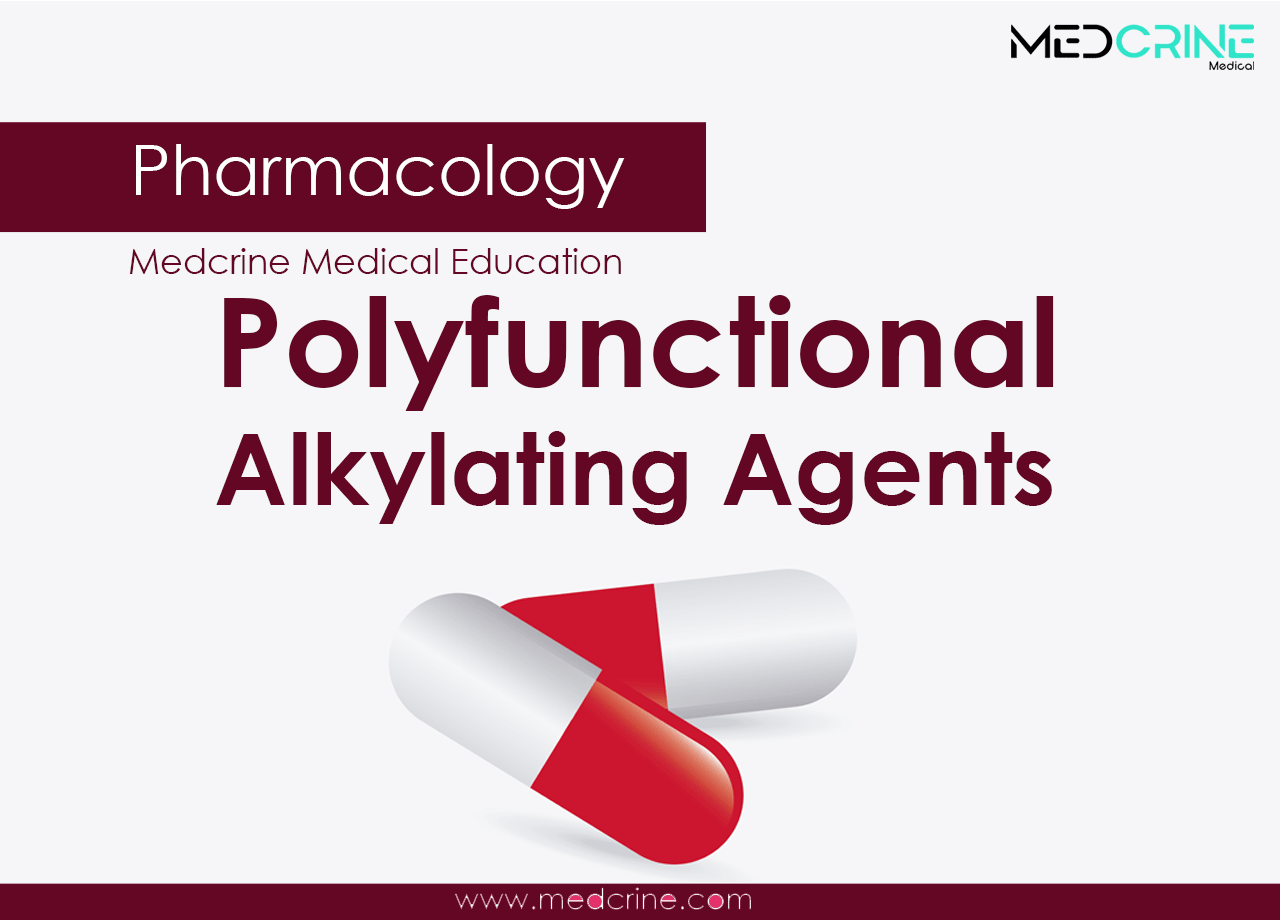