A urinalysis is a group of physical, chemical, and microscopic tests performed on urine. The tests detect and/or measure several substances in the urine, such as byproducts of normal and abnormal metabolism, cells, cellular fragments, and bacteria.

Urine is produced by the kidneys. The role of the kidneys is to filter wastes out of the blood, help regulate the amount of water in the body, and conserve proteins, electrolytes, and other compounds that the body can reuse. Anything that is not needed is eliminated in the urine, traveling from the kidneys through ureters to the bladder and then through the urethra and out of the body.

Urine is generally yellow and relatively clear, but each time a person urinates, the color, quantity, concentration, and content of the urine will be slightly different because of varying constituents.

Many disorders may be detected in their early stages by identifying substances that are not normally present in the urine and/or by measuring abnormal levels of certain substances. Some examples include glucose, protein, bilirubin, red blood cells, white blood cells, crystals, and bacteria. They may be present because:

A single reagent strip can test for as many as 10 different substances; other types of tests for only one or two substances or analytes.

Strips used in routine urinalysis usually include tests for urobilinogen, glucose, leukocyte esterase, and specific gravity.
Chemical testing by reagent strip is part of a routine urinalysis but can also be ordered separately, without the urine physical and microscopic examinations.

Each reagent pad on a reagent strip contains the chemicals required for a specific chemical reaction. Reagent strips are available in a variety of types.

Reagent strips are used by dipping the strip into the urine and observing chemical reactions on each reagent pad within a specified time. The chemicals within the reagent pads react rapidly with substances in the urine causing color changes in the pads.
Color and timing guides for interpreting results are specific for each brand or type of strip and are provided by each reagent strip manufacturer.

In this article, we shall cover the basic principles of the biochemical reactions involved in each of these 10 tests in urinalysis. However, because reagent strip manufacturers can use different biochemical detection methods in their strips, the manufacturer’s instructions must be consulted for specific chemical principles, correct procedure, and possible interferences for the test strip being used

The presence of detectable glucose in the urine is called glycosuria and indicates that the blood glucose level has exceeded the renal threshold for glucose (160 to 180 mg/dL). This condition can occur in diabetes mellitus and gestational diabetes.

The presence of glucose in the urine can be an indication that diabetes is not being well controlled.

The reagent strip is specific for glucose and will not react with other sugars. The glucose reagent pad contains the enzymes glucose oxidase and peroxidase plus a chromogen, a substance that produces color in the chemical reaction.

The enzymes react with glucose in the urine to change the color of the reagent pad.
The intensity of the color formed is proportional to the glucose concentration. Normal urine is negative for glucose by the reagent strip method.

Bilirubin is the primary bile pigment. Bilirubin is a hemoglobin breakdown product formed in the liver from senescent (old) red blood cells. When bilirubin is present in urine, it can indicate liver disease, bile duct obstruction, or hepatitis.

The test for bilirubin is based on coupling bilirubin with a diazonium salt in the reagent pad to form a purple-brown color. Direct light causes decomposition of bilirubin, so specimens should be protected from light until testing is completed to prevent false-negative results.

A positive reagent strip bilirubin test should be followed by the Ictotest, which is more sensitive and has fewer interferences. Normal urine contains no detectable bilirubin by the reagent strip method.

Bilirubinemia is the appearance of bilirubin in urine. Yellow foam forms when the sample is shaken

Ketones are immediate products of fat metabolism. When the body burns fat rather than sugar for energy, a group of molecules collectively called ketones are produced.

In uncontrolled diabetes, starvation, or prolonged dieting or fasting, ketones are excreted into the urine, a condition called ketonuria. The ketones reagent strip pad is more sensitive for acetoacetic acid than acetone; beta-hydroxybutyric acid is not detected.

The ketone test is based on the reaction of ketones with sodium nitroprusside in the ketone reagent pad, causing a dark pink to maroon color to form. Because ketones evaporate at room temperature, urine should be kept tightly capped and refrigerated if it cannot be tested promptly. Normal urine is negative for ketones when tested by a reagent strip.

The presence of blood in urine almost always indicated pathology because red blood cells are too large to pass through the glomerulus.

The presence of blood in the urine is called hematuria. Hemoglobinuria is a more specific term referring to the presence in the urine of hemoglobin from lysed red blood cells.

Hematuria can occur in conditions such as infection, bleeding in the kidneys, glomerular damage, kidney stone, tumor in the urinary tract, or trauma to the urinary tract from surgery or catheter insertion.

Blood cells can also contaminate urine as a result of menstruation

The blood reagent pad detects both intact red blood cells and free hemoglobin from lysed red cells. Myoglobin will also cause a positive reaction. In the presence of blood, color forms because of the peroxidase-like action of hemoglobin in the red blood cells reacting with chromogen and peroxide in the reagent pad.

The resulting color ranges from orange through green to dark blue and the degree of color change is proportional to the amount of blood present. Intact red blood cells can cause a spotty appearance on the reagent pad.

Normal urine is negative for blood by reagent strip method.

The pH is a measure of the degree of acidity or alkalinity of the urine. A pH below 7.0 indicates acid urine; a pH above 7.0 indicates alkaline urine. The pH of urine is affected by diet, medications, kidney disease, and metabolic diseases such as diabetes mellitus.

Urine samples from individuals on vegetari 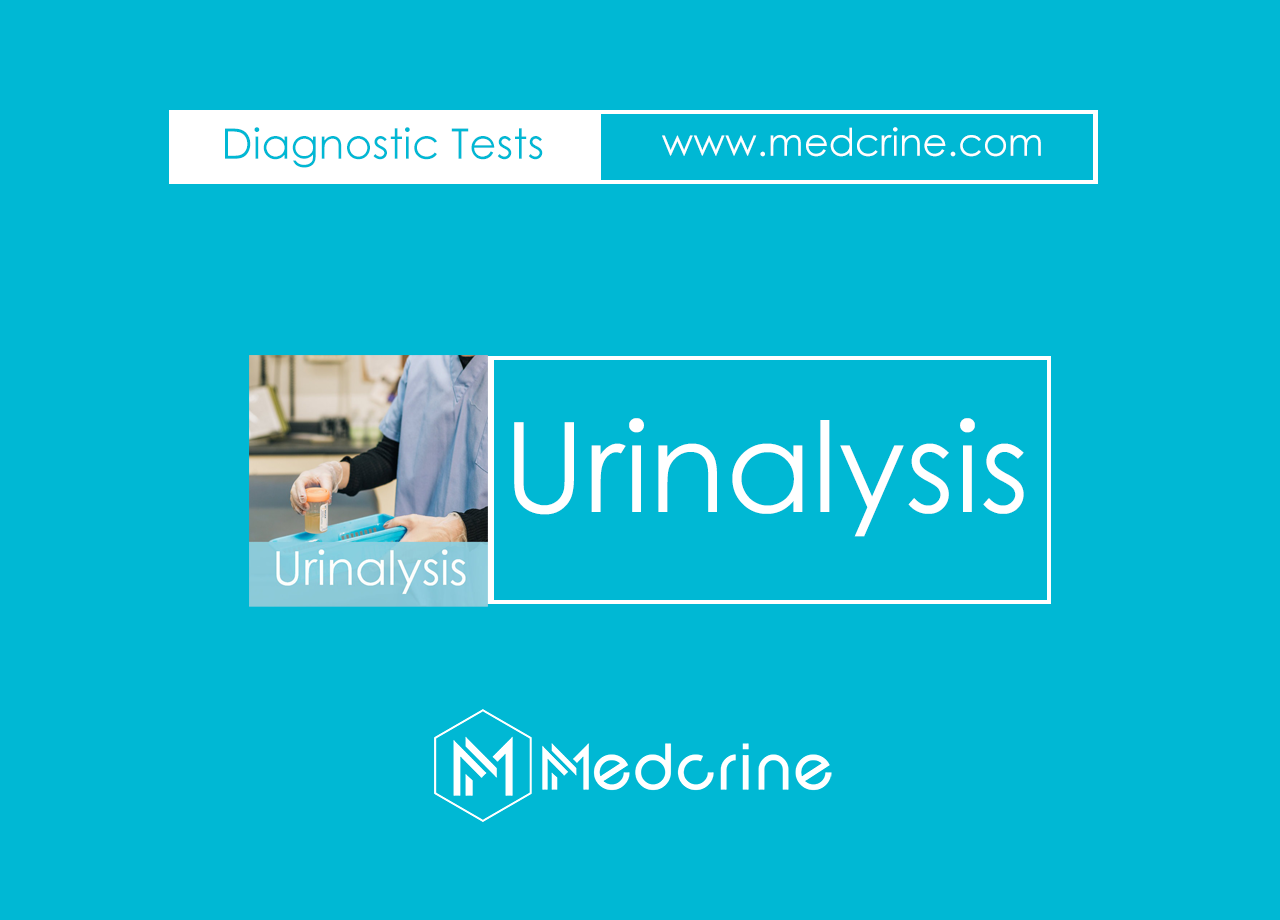