The three of most commonly ordered lab tests are:

In this article, we shall cover the basics of complete blood count and what elements are taken into consideration by the test.

Complete blood count – With or without differential

Peripheral venous blood is collected in a lavender tube that contains the anticoagulant EDTA and should be thoroughly mixed. A specimen which has clotted or greater than 48 hours old from the time of collection is regarded as an Unacceptable specimen:

The methodology of testing:

Testing for complete blood count requires a whole blood analyzer.
This test is always available at any time in most hospitals 7 days/week.

• Count of the number of circulating red blood cells in 1 mm cubic of peripheral venous blood.

To start our discussion lets look at each component. 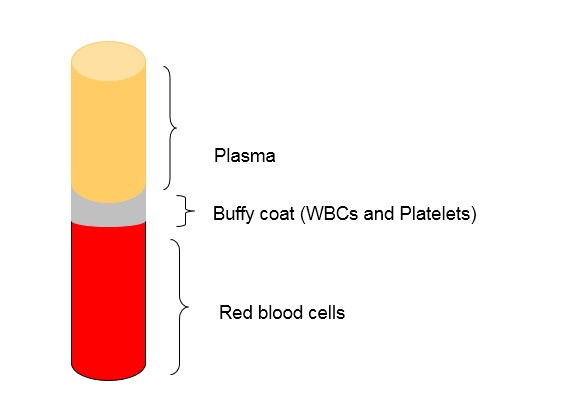 In anemia – there is a low percentage of RBCs (low hematocrit).

How do you calculate the Hematocrit?

Because the Hct is a derived value, errors in the RBC or MCV determination will lead to spurious results. 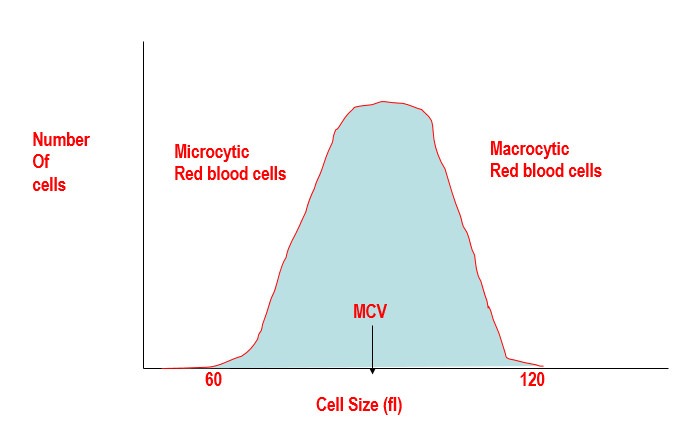 What are the uses of MCV Result?

• The MCV is important in classifying anemias.

RDW is an indication of the variation in the RBC size (referred to as anisocytosis).
It is derived from the red blood cell histogram and represents the coefficient of variation of the curve.

In general, an elevated RDW (indicating more variation in the size of RBCs) has been associated with anemias with various deficiencies, such as iron, B12, or folate.
Thalassemia is a microcytic anemia that characteristically has a normal RDW.

When a differential is ordered, the percentage of each type of leukocyte present in a specimen is measured.
The types of leukocytes are:

WBC differentials are either performed manually or by an automated instrument.

In addition to the differential count, evaluation of the smear provides the opportunity to morphologically evaluate all components of the peripheral blood, including red blood cells, white blood cells, and platelets
The manual differential allows for the detection of disorders that might otherwise be lost in a totally automated system

The clinical laboratory may perform an “automated differential” – Via instruments with the capability of performing differential leukocyte counts.
Usually based on the determination of different leukocyte cellular characteristics that permit separation into subtypes by using flow-cytometric techniques.

Both MCH and MCHC are of little clinical diagnostic use in the vast majority of patients (so we are not talking about them in any detail).

Absolute numbers (#) of various cell types are calculated by multiplying the percentage (%) of the white cell by the total WBC.

Connect with other doctors